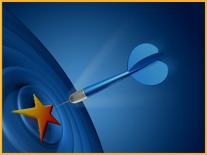 or see more information for recruiters.

EuroBrussels was launched in 2001 as a service to help European Affairs job seekers find listings of all the actual jobs in EU Affairs, conveniently listed in one place. Previously, these jobs were spread on multiple websites, making it hard to find out which jobs are available, and hard for recruiters to reach candidates in EU Affairs.

This service quickly found its audience in thousands of well-educated European professionals who work in law, politics, economies and communication in Brussels, and other cities with European Affairs and International Relations jobs. EuroBrussels has also proved popular with recruiters, who know they can reach a large proportion of their target market quickly, easily and cheaply.

EuroBrussels.com has since established itself as the leading job-site in Brussels in the business of European Affairs and International Relations. We display many more relevant and current job links than any similar job site. Because of this, we have more over 1 Million page views per month, and more than 100 000 subscribers to our 6 weekly newsletters, including the twice weekly main Newsletter with around 90 000 subscribers. The subscribers are qualified professionals, actively looking for a job. EuroBrussels is the website of choice for international recruitment in Brussels. See more details on recruitment.

In the beginning of 2010 another milestone was reached by EuroBrussels. The launch of the EuroBrussels CV database allowed hundreds of recruiters and thousands of jobseekers to get in touch even more directly.

We have also established the more local BrusselsJobs.com for mostly Admin and Business jobs, EuroScienceJobs.com for science jobs all over Europe and EuroEngineerJobs for Engineer jobs all over Europe. Brussels Legal is the community site for the Brussels-based international legal community. EuroJobsites Limited (owners of EuroBrussels) is registered as a UK Limited company, number 4694396.

"Recruiting for a European Policy Assistant on EuroBrussels we have received a good number of completed applications. The first was within a few hours of the ad going live! We received a number of very good candidates and I think that selecting who to interview will not be easy. We are very pleased with the EuroBrussels service so far."
- Glynis Lyles, Personnel Officer, Joint Nature Conservation Committee, May 2010

"To our previous announcement there were over a 150 very high profile candidates applying and 90% of them had found our advertisement on your website. In fact, I have found my own job on your site! So thank you once again."
- Tom Van Dijck, European Democrat Group - Council of Europe, October 2009

"Working with EuroBrussels.com has proved yet again to be a successful approach. We received many excellent applications and will surely use EuroBrussels.com for our next selection of candidates with EU affairs experience."
- Roxana Lesovici, EU Affairs Manager, Norsk Hydro, September, 2007

"I'd like to thank you for your collaboration on our Brussels event. The event was a success! It was a pleasure working with you this year and I look forward to doing the same for our next event in Brussels."
- Elodie Parizot, International Project Manager, Access MBA, ADvent International, November 2007

See more testimonials to our good service and results.

Some of the Companies and Organisations who have used us

Options for advertising include:

"Thank you for the easy and professional service you gave us. We had a very good response."

"We choose EuroBrussels for our recruitment needs, as we require candidates with a strong EU background."

More about our audience here.

Get selected jobs for you

Post a Job
Recruit
Advertise
Testimonials
About Us
Recruiters Guide